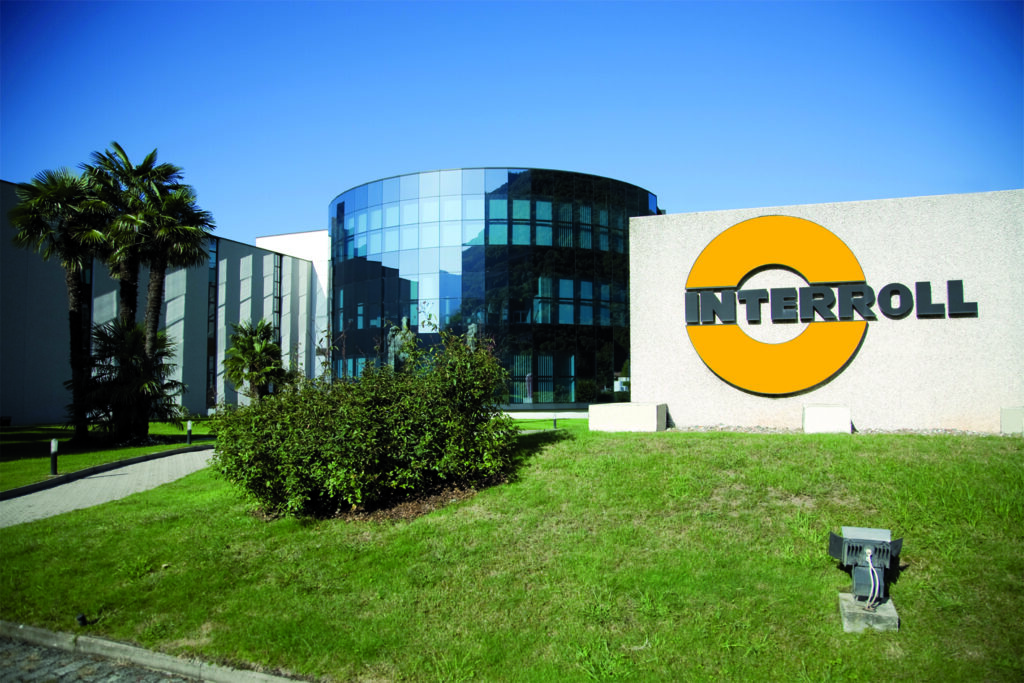 “In the first half of 2021, Interroll recorded record growth in order intake, EBIT and profit,” says Ingo Steinkrüger, Chief Executive Officer of Interroll Worldwide Group. “In addition to investments in technology platforms and capacities, our high cost and investment discipline also contributed to this positive result.”

At CHF 63.9 million, consolidated sales in the Rollers product group were 21.7% higher than in the previous year. All regions contributed to the growth. In terms of incoming orders, the product group recorded a strong recovery of +47.2% to CHF 79.7 million (previous-year period: CHF 54.2 million). This excellent performance was driven by highly efficient manufacturing processes and the high quality of Interroll products.

However, Interroll also proactively anticipated and exploited the potential of market trends, such as the continued strong development of e-commerce and user investments in modernisation and outsourcing to third-party logistics (3PL) providers.

Consolidated sales of the Drives product group amounted to CHF 93.2 million in the first half of 2021, up 17.8% on the previous-year period (CHF 79.1 million). Thanks to innovative products such as the EC5000 RollerDrive, which is successful in the market, consolidated order intake rose to CHF 119.6 million compared with CHF 77.4 million in the prior-year period.

The Conveyors & Sorters product group recorded consolidated sales of CHF 88.1 million in the first half of 2021, 8.9% higher than in the same period of the previous year (CHF 80.9 million). Order intake rose significantly to CHF 186.6 million, an increase of 67.4% compared to the previous year period with CHF 111.4 million.

At the end of the first half of 2021, Interroll generated consolidated revenue of CHF 26.9 million with the Pallet Handling product group, up 30.6% on the same period of the previous year (CHF 20.6 million). Consolidated order intake increased by 74.7% to CHF 35.7 million (previous year: CHF 20.4 million).

At the end of the first half, the regions accounted for 60% of total sales in Europe, Middle East, and Africa (EMEA), 27% in the Americas, and 13% in Asia-Pacific.

Sales in the Americas region amounted to CHF 74.5 million, 17.4% higher than in the previous year (CHF 63.5 million). With growth of 95.8% in order intake to CHF 151.3 million (previous year: CHF 77.3 million), a very strong dynamic was noticeable. New orders for sorters doubled, which also include orders for the new High-Performance Crossbelt Sorter (HPCS) and two major projects.

Due to a high order backlog, the company has a positive outlook, but at the same time the situation on the raw material markets and for precursors such as semiconductors remains very tense. The company thus remains cautiously optimistic overall for the rest of the year.