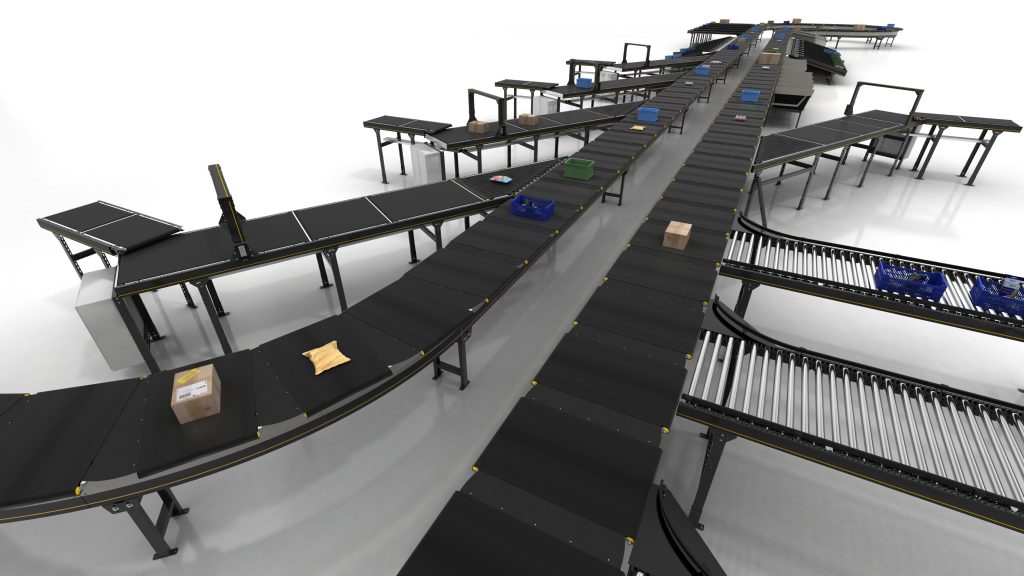 Interroll’s High-Performance MX 025H Crossbelt Sorter is capable of handling up to 20,000 conveyed goods per hour. This new solution also allows much heavier and larger goods to be sorted. As a result, “even the most demanding users can now enjoy the performance and availability benefits offered by mechanically driven horizontal crossbelt sorters from Interroll”.

It offers an increased conveying speed of up to 2.5 m/s (8.2 ft/s) compared to 1.8 m/s (5.9 ft/s) for the still available Interroll Crossbelt Sorter ST 6160. The new sorter thus enables throughput rates of up to 20,000 conveyed goods per hour. At the same time, the High-Performance Crossbelt Sorter MX 025H is able to transport goods weighing up to 50 kg. In addition, the width of the carriers has been increased by an impressive 50 percent. This means an enormous gain in flexibility when sorting goods of different dimensions.

Maintenance for the HPCS is extremely easy and inexpensive. This is true for many reasons. First of all, the drive chain has been replaced with a rubber belt. This means there is no need for lubrication. Secondly, it is now much easier and faster to replace the belt. However, extensive tests indicate this will not need to happen for many years, even in the case of 24/7 operations. The carriers can also be replaced much faster, and wear parts are also less expensive; all this contributes to significantly lower maintenance costs – around 50% less than with a conventional Crossbelt Sorter.

Thanks to the mechanical drive concept, the sorter operates extremely quietly—below 67 dB(A)—even at the highest throughput rates. In addition to extensive load and endurance tests in the in-house test center, the new sorter has already been in use for almost a year at selected customers’ sites. The new product will be presented to the public at MODEX 2020, March 9–12, in Atlanta, Georgia (United States).

“With our entry into absolute high-performance sorting, system integrators can now offer users an innovative and at the same time proven technology range,” explains Jens Strüwing, Executive Vice President and Head of Products & Technology at Interroll. “Our unique, mechanical drive concept enables us to process an increasing number and variety of goods according to demand—with the highest reliability and economic advantages that are unparalleled in the world market.”

One important reason for this global success is the basic mechanical principle of Interroll’s sorter platform. Today, more than 400 sorters are already in use worldwide by industry leaders such as Amazon, DHL, FedEx, UPS, Hugo Boss, Inditex (ZARA), Zalando, Swiss Post, Austrian Post and China Post. Unlike competing products, the number of electronic components in these sorters has been kept as low as possible. The unique design principle ensures maximum availability, very long lifetime, minimum operating costs as well as short payback periods.

Interroll Crossbelt Sorters operate on a direct drive principle, in which the drive units can be positioned flexibly. The entire drive system offers power efficiency rates of over 85 percent. It is designed redundantly so that if one drive unit fails, the sorting operation continues uninterrupted. Compared to electrical sorting systems operated with traditional linear motors, energy savings of up to 50 percent can be achieved. At the heart of the sorter are the crossbelt carriers with patented mechanical drives. The modular sorter platform also includes innovative infeed conveyors and terminals that can be customized to meet the needs of each user.