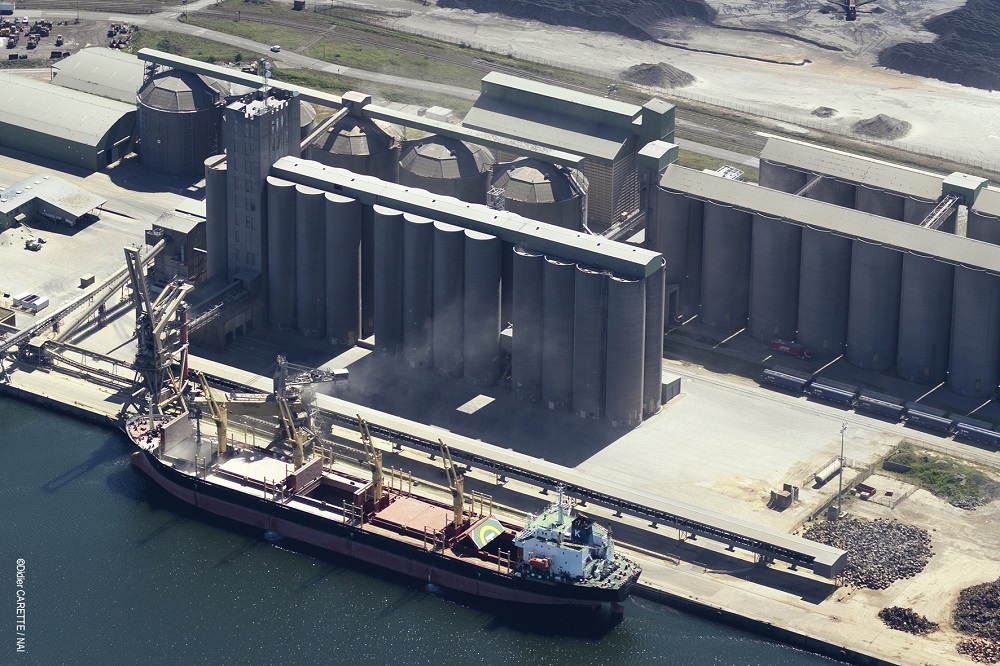 These excellent results reflect the drive of the operator Nord Céréales which has improved its productivity through significant investments on its site, allowing it to berth and load very large ships (14.20 m draught). Collecting agencies and farmers have also worked hard to improve the quality of the grain.

While the modal share of transport by waterway is now 46%, rail is also a very popular transport mode, further extending the hinterland of Dunkerque-Port towards eastern France and Picardy. New traffic volumes have been carried by rail to the Port of Dunkirk since the beginning of 2015, representing 12% of supply. Five rail operators are active on the market and run full trains. The volume of grain carried by rail has now exceeded 385,000 tonnes.

Nord Céréales, with the second-largest terminal in France, is a major stakeholder in the north and east of France in the service of grain operators. It boasts an exceptional site in the heart of the industrial area of Grand Port Maritime de Dunkerque, to service the largest grain carriers in the world.