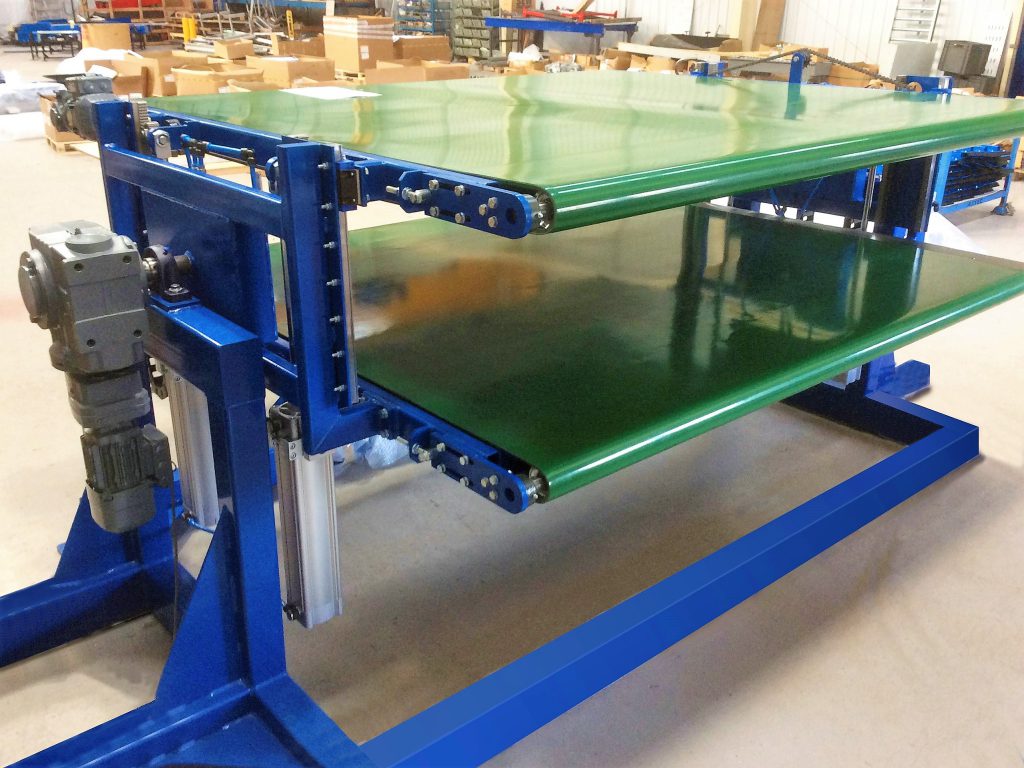 Anyone who has ever moved a mattress knows how difficult it is to manhandle due to the awkward size and weight. However, rising to the challenge, Astec Conveyors recently provided various non-standard conveyors to automate and improve operator’s ergonomics in handling a broad range of mattresses.

Keeping continuous mattress assembly lines on schedule and running smoothly is a top priority for sleep product manufacturers, where the operators may have to manually carry out a series of mattress movements during the process. These can include transferring sideways, turning through 90 degrees and turning completely over onto the opposite side.

Some years back, the UK Health and Safety Executive (HSE) instigated a three-year initiative with bed manufacturers and the National Bed Federation (NBF) to a focus on manual handling risk factors with the aim of reducing the number of musculoskeletal injuries with in the industry. A final report suggested that a reduction in musculoskeletal injuries over a period could be partially attributed to the introduction of mechanical handling aids. ***

Astec designed specifically for the industry, manufactured and installed a series of bespoke conveyors, generally at least 2,000mm wide for various assembly lines for a leading UK mattress manufacturer. By eliminating manual handling of mattresses and integrating equipment into a system makes it more ergonomically safe for the operator and yields increased plant productivity.
Astec’s bespoke conveyors included turntables, reversible belt conveyors with inbuilt tracking, side transfer units, automated turn over units and combined press/belt conveyor assemblies.
With Astec Conveyors many years of experience, this technology can be applied to other large products that are sometimes difficult for the operators to manhandle and reduce health and safety risks and generally increase production rates.

Review of the 3-Year HSE Mattress Manufacturing Initiative: Short Report… reported on page 3
MSD Injuries: The eight companies that participated in this follow up, reported that they had seen a reduction in musculoskeletal injuries over the last four years, which they attribute to the interventions that they had implemented, including the introduction of mechanical handling aids. One manufacturer reported that in 2004/05 they had 93 injuries related to manual handling and in 2008/09 this had reduced to 53 manual handling related injuries. However, as one manufacturer reported, part of this decline could also be partially attributed to a reduction in the workforce as a result of the current economic situation.