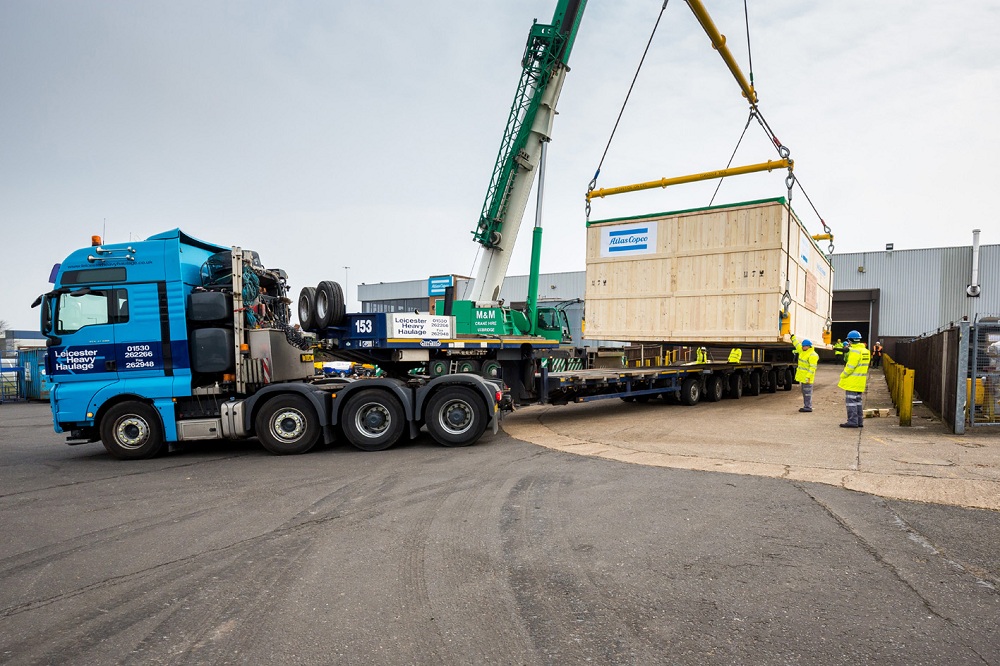 The physical size of the main air compressor package, which is over 11m long, 6m wide and 3.75m high, meant it had to be delivered in a reinforced crate along with specially designed lifting equipment to support offloading and handling at its destination. This brought the total size of the final delivered package to almost 90 tonnes, which was moved from the workshop using a 12 tonne fork lift truck onto the back of a special heavy load bearing lorry that travelled via police escort to Immingham docks for shipping to Baku. During transit, the package will then travel via canal, timed to avoid freezing weather conditions, from the Black Sea into the Caspian Sea for installation on the platform.

Due to the exposed nature of the offshore platform where it will be installed, the main air compressor package has been weatherproofed, winterised and built to withstand harsh environmental conditions including high wind speeds of up to 45 metres per second and ambient air temperatures ranging from -7°C to +40°C at high relative humidity. Designed for continuous 24hr operation, the package was tested to withstand inertial accelerations as a result of seismic activity and is also soundproofed to operate with low noise emissions.

Paul Frost, Manager of Systems Hemel Hempstead commented: The completion of this latest package is an excellent example of the technical expertise and cutting edge facilities we are able to deploy at Systems Hemel Hempstead, which has attracted increased demand from the global oil and gas industry in recent years. For this project we had to take several challenging design and environmental considerations into account to ensure we met the customers specific requirements both on time and within budget.

Atlas Copcos Systems Hemel Hempstead custom engineering workshop recently underwent a major expansion following a ?680,000 (870,000) upgrade to strengthen its world-class credentials. The workshop in Hemel Hempstead, UK has seen its total floor area expanded from its original 850m2 to 1950m2. An external 12m x 15m covered test area has also been built, adding a valuable additional space for testing large engineered packages in any weather. Packages can be moved around in the workshop more easily thanks to the provision of two new 5-tonne cranes, trackways and controls, which complement three existing cranes. Other new additions include two modern spray paint booths to replace the original single unit and a new grit blast facility, meaning that virtually any customer paint specification can be met. These additions increase working capacity and throughput, shortening lead times to the customer.