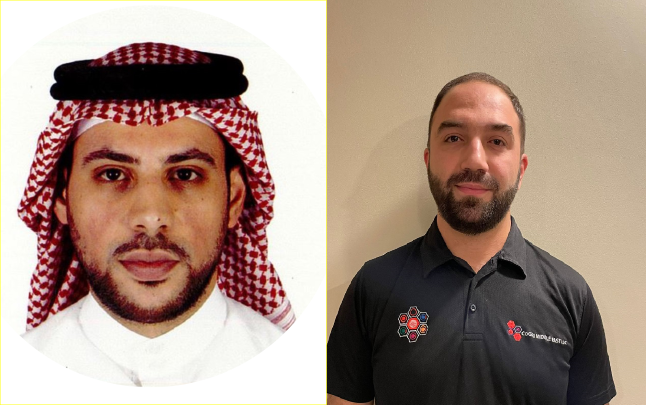 As part of its global expansion plans, CoGri Group has recently opened a new office in Saudi Arabia, adding to its existing facilities in Dubai. The new company formation allows all work in the Kingdom to be handled directly, as opposed to outsourcing it through CoGri Dubai or its partner, Osis Group, led by Nikos Marketis in Qatar, as previously was the case. Thus, Cogri can expand outside of this continuing long-term partnership with Osis in the Middle East. The newly opened office, combined with the appointment of talented staff members, brings the expected CoGri standards of excellence to KSA.

CoGri Middle East General Manager, Thomas Hanks, said: “After two years of planning (delayed due to COVID travel restrictions), we are happy to announce the opening of CoGri KSA alongside our Saudi partner. We are also delighted that within the first month, CoGri KSA has been awarded floor construction, wire guidance, and repair projects.

“On the floor construction front, we were awarded three projects totalling around 110,000 sq m. The first was for a multinational conglomerate that designs and sells ready-to-assemble furniture, kitchen appliances and home accessories, among other goods and home services in Riyadh. This is now completed.

“We immediately moved on to the next job in Riyadh for one of the largest private owners and developers of warehousing and light industrial parks in the Middle East, Africa, and Asia. This is currently underway.

“After this, we will be working in Jeddah for a 15,000 sq m freezer store project. The Saudi market remains positive, and CoGri KSA has several large projects on the horizon.”

To maintain the high level of service both expected and delivered to Saudi Arabia, CoGri KSA has strengthened its team with the recruitment of Hisham Mahdi (pictured, left), who joined as Business Development Manager, overseeing operations in Saudi. Also, Fahad Al Wani (pictured, right), who joined as Civil Engineer.

Commenting on his new role, Mahdi said: “2021 was an excellent year for CoGri in Saudi Arabia and we look forward to building on this success in 2022. With the growing distribution and logistics industry in Saudi, there is an increasing need for CoGri’s services and we’re glad to meet this demand. Our customers understand the importance of a well-finished floor fit for purpose; with CoGri’s experienced team and international reach we are able to deliver successfully.”

Mahdi joins from a Saudi-based main contractor where he was a Business Development Manager and has had various interactions with CoGri in the past. He previously worked in the oil fields of China and Oman for an oil field service company. Mahdi has a Saudi and Irish background, spending time in both countries whilst growing up, as well as studying in Australia.

Al Wani joined CoGri KSA from a large racking supplier in Saudi, bringing along extensive knowledge and experience of working with both good- and poor-quality floors whilst installing racking systems. He, therefore, fully understands the importance of a ‘fit for purpose’ floor.

Commenting on their appointments, Hanks said: “The establishment of CoGri KSA and initial staff appointments is a long-awaited move for our Middle Eastern operations. The Saudi market is one which we feel can be seriously developed and deserves our full attention with a Saudi based establishment. Hisham and Fahad have an existing knowledge of the industry within Saudi which will act as a good starting point from which to help in the growth of CoGri KSA”.