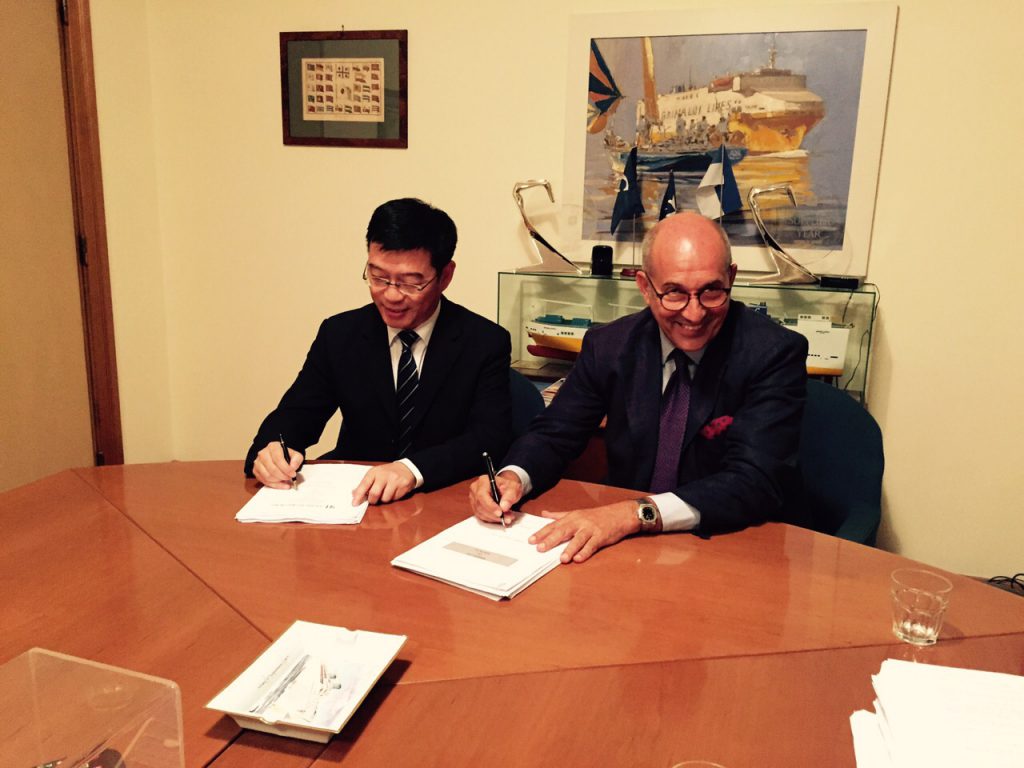 As part of the expansion and modernisation programme of its owned fleet,
the Grimaldi Group has recently signed an agreement for the construction of five new PCTCs (Pure
Car Truck Carriers), for a total investment of USD 300 million, with an option for another seven units.
The order has been commissioned to the Chinese shipyard Yangfan, thus starting an important
partnership with the world’s leading company in the ro-ro sector.

The five new units, whose delivery is expected by 2017, will be able to transport over 7,800 rolling
units and will be deployed on the Groups regular service linking the Mediterranean with North
America. This service is specifically dedicated to the transport of brand new vehicles produced by
FCA (Fiat Chrysler Automobiles) with destination the US and Canadian markets.

“Besides being the largest car carriers on the market, the newbuildings will be highly efficient in
terms of fuel consumption and environmental friendliness, so as to be named “The Green PCTCs”,
proudly commented the President of the Grimaldi Group, Gianluca Grimaldi, together with the
Managing Directors Emanuele Grimaldi and Diego Pacella. “The already sizeable fleet of the Group
will be enhanced with these state-of-art vessels, enabling it to provide ever sophisticated services
to the automotive sector,” concludes the Board of the Neapolitan Group.

The Commercial, Logistics and Operations Director of the Grimaldi Group, Costantino Baldissara,
also expressed great satisfaction for the agreement reached, thanks to which the ever increasing
needs of FCA will be met.

With this new order, the Grimaldi Group enriches its latest newbuilding programme which started in
2013. The current order list of the Group includes also the delivery, by the end of the year, of two
con/ro vessels, last of a series of six units built at Korean shipyards, all to be deployed on the Groups
services linking Europe to West Africa.

Moreover, five con/ro vessels will be delivered by 2016 to the subsidiary company Atlantic Container
Line. With a loading capacity of 3,800 TEU, 28,900 m2 of rolling freight and 1,307 cars, they will be
the largest vessels of their type ever built in the world, as well as faster, cleaner and more efficient
than the ones currently in service to ACL.