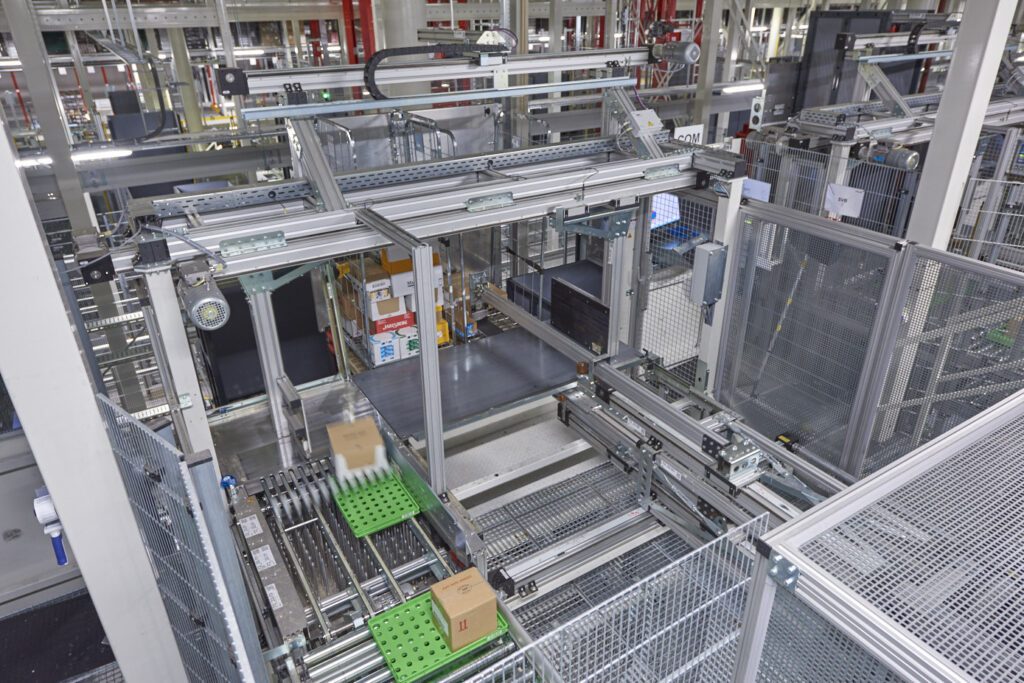 Integrator Witron recently promoted IT specialist Johannes Meissner to CEO of its service division WIOSS. Logistics Business talks to the 30-year company veteran about the often complicated trade-offs between hardware and software within warehouse automation.

As an IT specialist, does your appointment to the management board as CEO herald new times at Witron, away from hardware toward software?

Johannes Meissner: I was responsible for IT, but I am also a graduate engineer, specialized in communications-engineering, so I like to think I know about hardware, too! But to answer your question, in the past, we were very close to hardware and in the early days developed the controls ourselves. If our own focus on software slightly drifts away from hardware we must not lose our contact and understanding of the core. IT is not an end-in-itself. We always have to ask ourselves why and for what purpose we develop the applications, and what our interaction with physics
looks like. In the public discussion, a lot of IT hype dominates the narrative. We have observed that many companies are liable to lose their customer focus in doing this.

So, everything will remain the same then?

Meissner: Even with the movement in our development priorities explained above, we are still in the middle of the realignment of our IT structures. This means that we are working on new user interfaces, investing in usability, using web applications, building platforms, and using cloud services. It is important that we do this together with our customers. As an example: My first project was in the US – more than 20 years ago we developed a warehouse management system, which is still in use today at more than 40 locations. It has always been maintained and modernised, and it will probably work in a private cloud in the future.

Back to the hardware. In recent months, Witron has relied on Beckhoff controllers, why is that?

Meissner: We see the future in PC-based controls. We receive an open development environment and we can use our software developments.

The worlds of IT and controls are moving closer together – are high level languages also the future in control technology?

Meissner: The borders between these worlds are fading. The controller sends data into a cloud. IT, office, and shopfloor are mutually dependent on each other, which is why high-level
languages will also gain importance; also docking web applications, increasing flexibility. In addition, universities will only rarely train students in IEC 61131 development. It will not disappear, but high-level languages are gaining importance in our control world.

Which languages do you use at Witron?

Meissner: C++, C#, .net as well as languages for web and mobile applications such as Xamarin/REACT. Data languages such as PL/SQL are just as important.

Do you use open source software?

Meissner: Our current strategy is to open up Witron applications further to the outside world through additional connectivity. We are just about to take the first steps, discuss new applications
– especially in our end-to-end platform, in order to provide users of the supply chain applications with appropriate access and control options. In the future, we want to make Micro Services
available to stores, for example, which will also make our work in the logistics centre easier.

A much-discussed topic in logistics IT is middleware, when there may be several providers in the warehouse. Why do Witron and the other providers have such difficulties in developing interfaces?

Meissner: The problem is that some customers like to tinker with the middleware themselves. If we have a middleware that only creates connections between systems, then it normally works well. However, these middleware applications often get additional functions and logics added to them. The result is that it becomes confusing and sometimes even chaotic. Many users then have to
maintain three systems – our system, the competitor system, and the middleware. We first have to set up the exact processes, create and use interfaces. But often these topics are not discussed properly with the end by the user, and the result is uncontrolled growth. My experience has taught me: if you run several systems together, even via a lean middleware, the user will still not get the most out of the system.

I don’t quite understand – you want your component suppliers such as Beckhoff, Lenze, or Sick to have open interfaces. However, you as an intralogistics expert are reluctant to be more open?

Meissner: Yes, that’s right. In the next few years, we will experience open systems, provide interfaces, also in part to allow access to applications from the supply chain. The magic word is platform. But you also have to consider that, often, Witron technically manages and operates the warehouse. Direct feedback from the technical and operational operation flows into our applications in order to further optimise the system and operation. That trend will continue to increase.

But the customer wants as much data as possible, though…

Meissner: Yes, this is a complex topic. We have to connect the supply chain levels, need more connectivity, and exchange data via MQTT/RESTful http for control and analysis. Read the whole interview here.