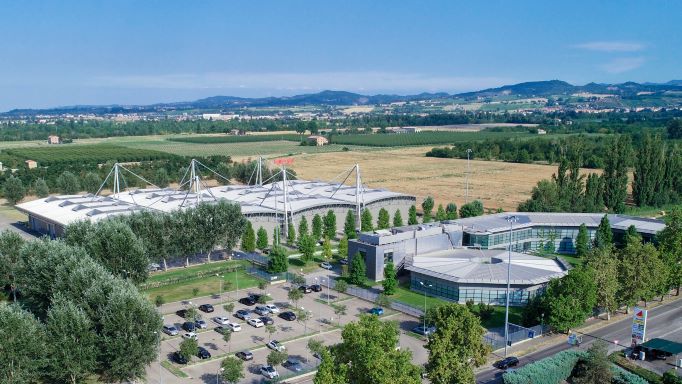 Sitma, a specialist in designing and producing solutions for automation in the logistics industry, has been chosen as a case study for the book Essentials of Modern Marketing by Philip Kotler together with Weevo, which looked at more than 30 examples of outstanding Italian companies in different fields of production.

Philip Kotler, the father of modern marketing, chose to focus his study on such criteria as the propensity to innovate and the ability to respond to the needs of the market in a sustainable way.

The book was previewed on 26th November and contains over 30 case studies of exceptional Italian companies, making it the world’s first publication about marketing to focus on success stories in a specific country.

The SME Journal described the work as “the bible of modern marketing”, while the Daily Times defined it “the 21st century book about business, marketing and management”.

The book will be on sale on Amazon, but to avoid wasted paper and long-haul deliveries the printed version will only be available on request, for collection as near as possible to the shipping address. The presentation of the book took place at the H-Farm campus in Treviso, home to many successful companies, and among those present were Orsola Cavina and Denise Gibbin from Sitma’s Marketing department.

They offered the following comments: “Sitma was both honoured and delighted to play a role in Philip’s project. It’s a major recognition of the strategies the company has implemented in recent years. We’re convinced that Sitma’s opportunities for business are only just beginning, and that we’ll have a revolutionary and very considerable impact on the logistics market.”

Sitma says the reasons for its success (and so for its inclusion in Philip Kotler’s project) go far beyond just figures. Sitma’s main accolades have come from the market, which has recognised its inherent capacity to innovate over the years.

The company’s great strength has been its ability to reposition itself in just a few years, achieving excellent results in a totally new and constantly changing market: the field of e-commerce and logistics. It has also managed to find an effective way of relating to the various sectors in which it operates, anticipating trends and constantly supporting its customers, indeed becoming their real partner.

Sitma’s move into the world of logistics began in 2016 when it became the official supplier for Viapost, then went on to be a supplier for Poste Italiane in 2018. Sitma is now is a leading brand in the logistics sector, supplying flexible packaging and sorting systems to the world’s main e-commerce companies, 3PLs, logistics operators, and many national post offices in both Europe and North America.

The changes made by the company did not only concern its approach to the market. First and foremost, Sitma took a good look at itself. The business changed from an entrepreneurial to a managerial structure, introducing new job titles and new company departments, including the Operations Management team, the Marketing Department and the Project Management Department.

A new brand identity was gradually created alongside the process of company renewal, with the recruitment of new young professionals, keen to be part of the transformations in the market and in the company itself.

Sitma is actively pursuing its goal of becoming an increasingly green company. It has introduced processes for calculating its carbon footprint, updating them regularly in line with the latest regulations. The company has introduced improvements and reduced its CO2 emissions, and has also offset emissions by financing well-organised and accredited sustainability projects.