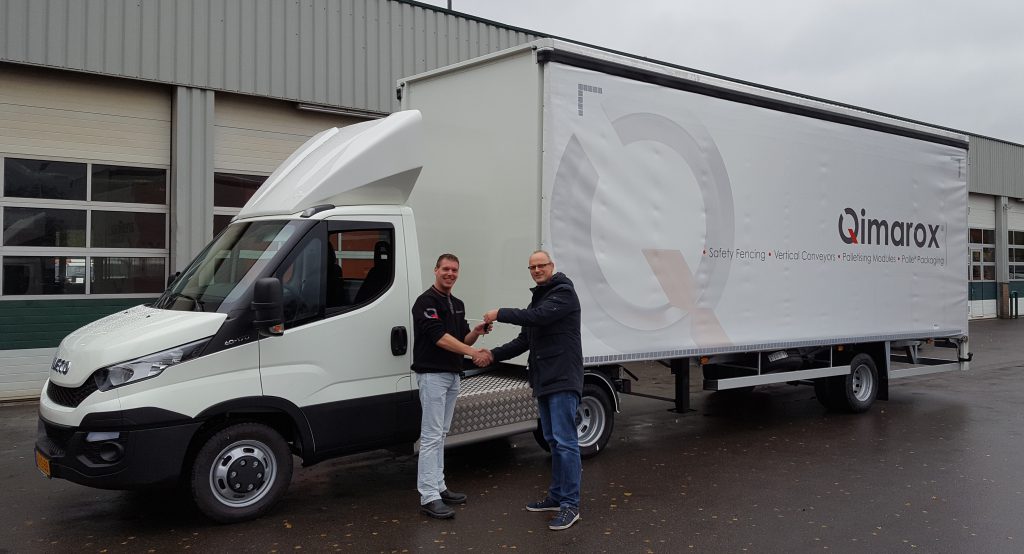 Qimarox has purchased a new Category BE combination vehicle for the transport of parts. The special Category BE trailer, built by Carrosserie Bakker in Montfoort, allows the manufacturer of palletisers and vertical transport systems to increase its loads. Driver Kaj Hannessen (left) was given the keys to the Iveco Daily tractor unit and Category BE trailer last week.

The sliding curtains allow the trailer to be loaded and unloaded from the sides, which is ideal for the long components Qimarox often conveys.

The Dutch company will primarily use the combination vehicle to pick up smaller deliveries from suppliers that do not provide their own transport. Qimarox usually also picks up non-standard components, which are not produced in series.