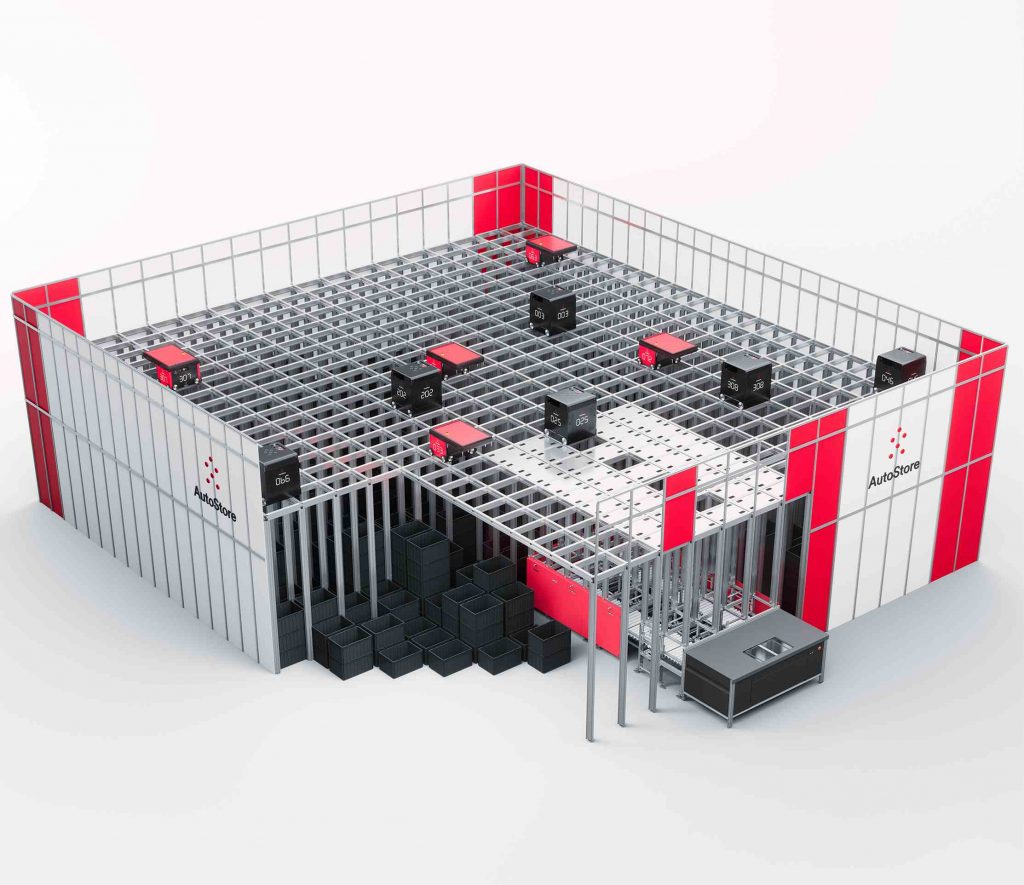 The B1 is a First Generation Black Line robot offering state-of-the-art technologies, says the Norwegian-based company, which is famous for its globally successful cube storage system. The B1 robot is a slimmed down, lighter robot with a Cavity design, packed with innovative features including exchangeable BattPack™ Lithium-ion battery technology and Direct Drive Wheels.

The cavity design is sleeker, using less space in an area “where space is everything”. Almost half the size of R5, the B1 makes room for busier robot clusters. The bin lift mechanism is mounted central and high to carry bins within the robot body. Utilizing the higher body and Cavity design, the B1 can carry and dig taller bins. With a top storage layer for digging and sorting, no bins block the grid, allowing for more sophisticated driving patterns and higher speeds.

The patented BattPack technology is a state-of-the-art battery concept where the robot will pick up a fully charged battery whenever needed. The BattPack ejection tray can drop and pick up battery-units at BattPack stations placed around the grid. Clever battery management insures battery health and that the robot is always getting the closest charged battery.

AutoStore says it also wante to present a solution that could significantly increase Bin presentation. For that it needed a high capacity, more flexible Port solution. The RelayPort is the answer. This modular workstation consists of a picking module and buffer modules. Each picking station can have from 3 to 6 buffer modules. The Robots, both B1 and R5, will be able to reach the put positions from any direction. With the buffering system, Robots will retrieve a Bin going back to the Grid every time a Bin is dropped off. After a Bin has been closed by the operator it will be sent to the to-Grid buffering positions.