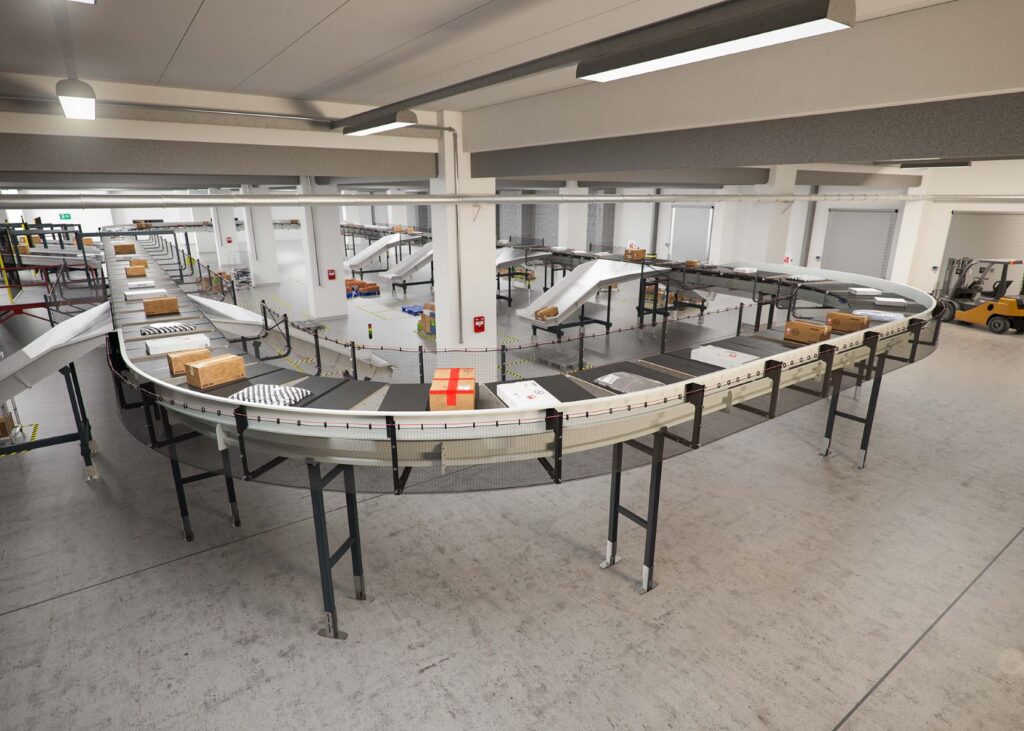 BEUMER Group, a leading global supplier of automated material handling systems, has been awarded a contract by Helthjem, a relative newcomer to the Norwegian express parcel delivery business. This is the first time Helthjem introduces automated sortation which has happened in a close partnership with BEUMER to select the right automated technologies and system for Helthjem’s business.

Helthjem’s success and rapid expansion – driven by the increase in e-commerce that has led to a 15% market share – has necessitated this first-time automation investment, which will help maintain its service levels and optimise operations. The new parcel terminal in Vestby in the South of Norway consists of a production hall of approximately 12,000 sq m plus an office department with support and administration functions.

It is here that a new automation system, designed and delivered by BEUMER Group, will optimise Helthjem’s sortation and further distribution of parcels. This is the first time Helthjem has automated sortation, having hitherto been a purely manual operation. The new system is designed to handle 50 million parcels per year and help Helthjem combat labour shortages, as the design includes automatic cage tippers and singulation of parcels that make Helthjem less dependent on having a large team of operators to manually place each parcel correctly. The BEUMER system will take care of most of the handling, from the moment parcels are emptied to the system until they are sorted for further optimised distribution.

The BEUMER system will largely eliminate manual handling, reducing the number of touch points from four to five for every parcel to only once for some of them. This will have a huge effect on speed and accuracy of throughput.

Lars Beier Madsen, sales director for BEUMER Group’s Logistic Systems, said: “We are pleased to join Helthjem at the beginning of their automation journey. The flexibility we offer with our systems is a perfect fit for their expanding business model. The ability to expand and adjust the system makes the investment future proof.”

Founded in 2015, Helthjem originally specialised in newspaper distribution and built up an extensive network that has enabled it to expand its business to cover the express delivery of parcels. It currently handles 16 million parcels per year, with the ability to offer a 12-hour delivery time to 50% of the Norwegian population.

Speaking about the benefits of the new system, Helthjem’s Anders Lunde Angen, director for e-commerce, commented: “This is our first venture into automation after years of purely manual operation, but any concerns we had were eased by the high level of competence shown by the BEUMER team. The system will enable us to expand our offering rapidly and we anticipate a reasonably fast ROI. During the Covid pandemic we saw the consumer-to-consumer sector grow by 500% and we continue to believe in the growth of e-commerce – and even more in the consumer-to-consumer business, for which we offer no-fuss delivery door-to-door by means of nothing but a handwritten code.”

The system will open in the summer of 2023. It will initially have an operational capacity of 15,000 parcels per hour, with the ability to expand built into the design.