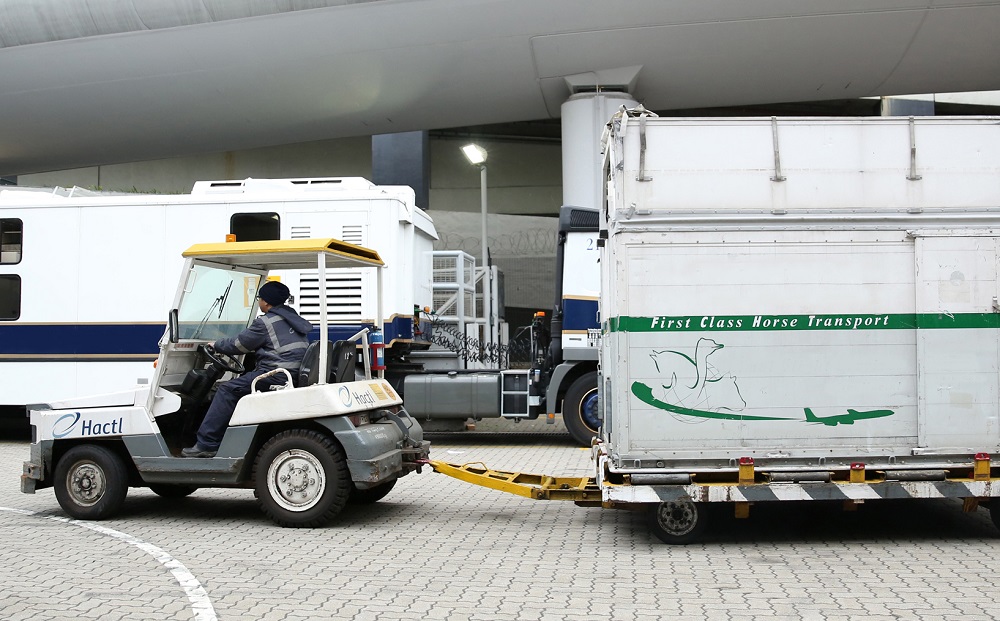 Hong Kong Air Cargo Terminals Limited (Hactl) has once again handled 64 of the worlds most valuable horses, competing at the Longines Masters of Hong Kong.

Fully recognised as Asias biggest and most prestigious equestrian event, this years Longines Masters marked its fourth year in Hong Kong, and was the culmination of a 2016 intercontinental series which began in Los Angeles, before moving to Paris. It will once again be held at the AsiaWorld-Expo, from 19 -21 February.

As in 2015, the official carrier for the event was Emirates Airlines, for which Hactl is the cargo handling agent in Hong Kong. Emirates transported the horses from Liege via Dubai World Central to Hong Kong, arriving on February 15th. Hactl unloaded the horses in their air stalls, and transferred them through its dedicated animal handling centre, loading them onto waiting horseboxes using special low-angle ramps to avoid injury. When the horses were due to return to Liege via Dubai a week later, Hactl reversed the process.

The entire operation, and the preparation of the Longines Masters equine competitors, was coordinated from Belgium by European Horse Services, one of the worlds leading equestrian shipping agents.