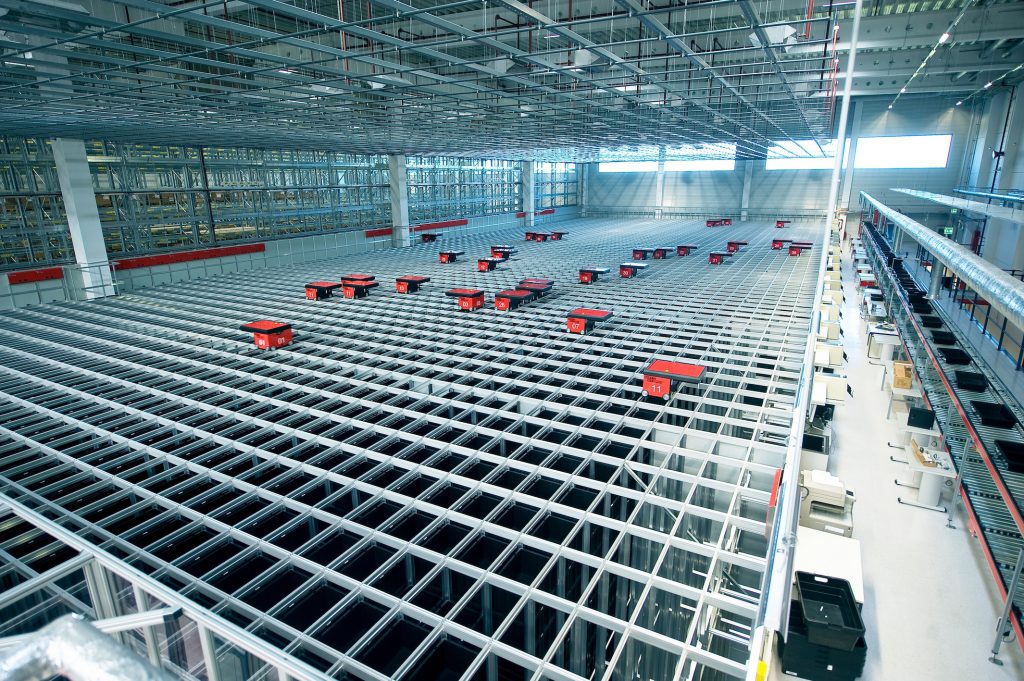 Egemin SAS, an affiliate company of Dematic, has registered a second order in France for an AutoStore® system with wallpaper and home decorating specialist 4murs.. The new order is the fifth AutoStore® order (2 in Belgium, 2 in France and 1 in Netherlands) for Egemin which confirms Egemin Automation’s decision to become a real specialist of the AutoStore® technology as demonstrated during the last All4Pack show in Paris on November 2016 with an AutoStore® demo grid on its booth.

4murs’ logistics distribution centre is located in Marly in Moselle. 4murs is the French leader of the distribution of wallpaper, paint, curtains, textiles and related items through its network of 120 stores in France. The company wishes to accelerate the launching of its new concept LIFESTYLE with the sales of decoration objects in its stores. Since this new activity is mainly prepared as piece picking, the AutoStore® order fulfilment solution proposed by Egemin Automation was a good solution: “We have started a technology benchmark to work with piece picking within a limited space (free height in the building: 6.5 m). Our goal is not to reduce our current staffing level but to optimize the logistics flow and to centralize operations that are currently being carried out in our 120 stores. This task optimization would be possible only by using a high performance and flexible supply chain system such as AutoStore®. The open and result-oriented approach of Egemin SAS has reinforced our choice,” explains 4murs.

The AutoStore® solution that will be implemented is composed of a 13 level grid (footprint: 700 m²) able to store up to 23,000 bins. 10 robots and 2 ‘Goods-to-Person’ workstations for picking, replenishment and inventory complete the system. “The solution has been designed in order to support the growth of 4murs and will evolve regarding to the launching of the decoration objects activity in the stores,” tells Cyril Taiclet, Sales Engineer at Egemin SAS in France. “The grid will initially be filled with 10,000 bins and the customer will have the possibility to add new bins, new robots and new workstations to his system according to its business needs. A grid extension is already anticipated inside the building, without any production stop for the customer”.

The system is scheduled for operation in January 2018.