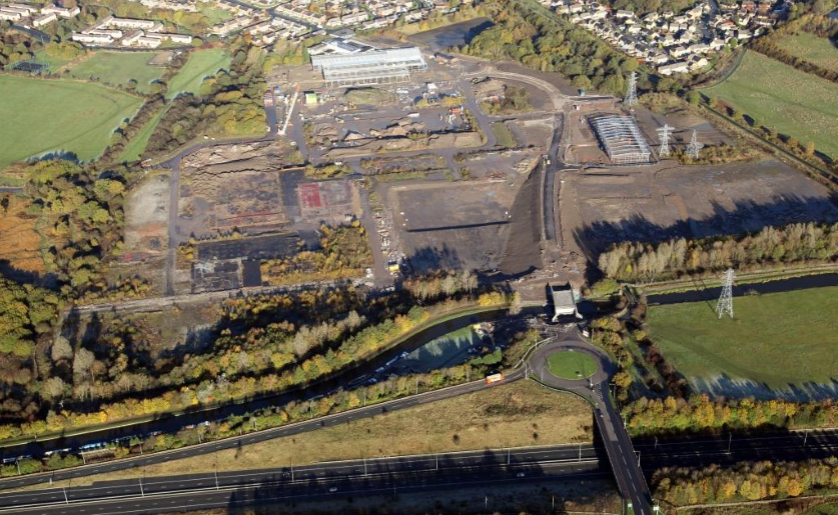 Established in 2001 and based in Guiseley, Leeds, Eshton is a privately-owned property development and investment business with an established track record of creating successful and sustainable schemes across the commercial and residential sectors.

Eshtons team is supported by a number of professional partners, including contractors, consultants and public sector bodies that ensure a reliable delivery chain from site identification through to final completion.

The company has a diverse and flexible business model that includes land with consent deals, acquisition, refurbishment and disposal schemes and acquisition of tenanted schemes for future development or upgrade, along with major development projects.

It has since been responsible for a number of major commercial developments including Limewood Business Park, Gelderd Point and Springwell 27, and its business strategy is to identify opportunities to develop commercial schemes while retaining both investment and development properties as part of a growing property portfolio.

The companys most recent project, Burnley Bridge Business Park, is currently under construction and follows Eshtons recent acquisition of a 70-acre site located just off the M65 at Junction 9 in Burnley. The ?50 million industrial/distribution development is being developed with the help of ERDF (European Regional Development Fund) and Lancashires Growing Places funding. Once fully-occupied, it is expected to create 1,400 new and sustainable jobs.

Its a development that is typical of Eshtons commitment to sustainability and to identifying regeneration sites where the company can help to transform locations both physically and economically by creating opportunities for investment and new jobs. The companys commitment to sustainability influences all its operational activities and Eshton has developed a sustainability roadmap as a framework to help it achieve these goals. Key to delivering this are innovative design solutions and construction excellence focused on creating developments that last, along with an ethical approach to managing the companys team, partners and delivery chain.

Eshton Group Development Portfolio
Eshton first moved in to commercial property development in 2002, diversifying its interests from the residential sector where it had successfully completed a wide variety of new build and refurbishment schemes. It initially approached this move as a series of joint venture partnerships before taking on more challenging schemes as sole developer.
Some of the schemes completed by Eshton to-date include:

Gelderd Point
This speculative office building was developed by Eshton in 2002 and is located on Gelderd Road in Leeds, close to Junction 27 of the M62. A three-story, 20,160ft2 Grade A office building, the entire ?2.1m development was sold to a single purchaser.

Limewood Business Park
Developed in two phases, this ?5m, 50,000 ft2 development in the Seacroft area of Leeds was completed in 2003. Phase one comprised a 20,000 ft2 industrial unit, while phase 2 involved construction of 30,000 ft2 of speculative office space which was split into various units to accommodate the needs of tenants, ranging from 3,000 ft2 to 6,000 ft2.

Spring Valley Park
Located in Stanningley, very close to Leeds city centre, this ?2.8m industrial and commercial development was completed in 2003. The schemes 20,000ft2 industrial unit was sold off plan, while the remaining 11,750ft2 of office space was split into three units, one of which was sold to construction company, PDR.

Clough Road
This development site in Hull is a recent acquisition by Eshton and the company has sold half of the plot to Arrow Self Drive. The remaining section of the site has now received planning consent for a 20,000 ft2 gym and 5,000ft2 of retail space with construction expected to begin on the development in early 2014.

Old Fire Station
Eshton acquired this site in Hebden Bridge from the local authority in 2007 and demolished the existing building, opening a car park on the site. Planning consent has now been agreed for ground floor retail space with residential apartments above and five townhouses to the rear of the plot. Eshton has now exchanged contracts with a major supermarket chain for the scheme, with construction due to begin as soon as any revisions to the planning consent have been approved.

Springwell 27
Located just off Junction 27 of the M62 at Leeds, Eshton acquired this farm land site in 2006, gaining planning consent for a ?8 million development of industrial units ranging in size between 2,000 and 30,000 ft2.

Phase one, consisting of a 10,500 ft2 unit with a large delivery yard was sold off plan to Ocado as a food distribution centre and completed in 2008. Phase two was a speculative development of industrial units totalling 30,000 ft2, many of which were sold off plan. Phase three, which has planning consent for a 30,000ft2 unit, is now being marketed by two Leeds agents and addresses a gap in the market for units of this size in the Leeds area.

Reedyford Mill
Acquired by Eshton in 2003 as an investment with development potential, this 6.5 acre site in Nelson, Lancashire now has planning consent for the development of 134 houses and the derelict mill building is currently being demolished. Strong interest from potential occupiers for a mixed use scheme, may lead to revisions in the planning consent prior to any construction beginning on site.

The 70-acre site is a ?50 million speculative development designed and masterplanned by KPP Architects (Kilmartin Plowman & Partners Limited). Leeds-based company, GMI Construction Group, has been appointed as contractor for the Phase 1 speculative units with Eric Wright Civil Engineering Ltd appointed to construct the bridge and main access roads to the site, crossing the Leeds-Liverpool Canal to create a direct link between the development and the M65.

The scheme will begin with two warehousing/manufacturing properties; the 64,100 ft2 Cobalt Building and the 29,000 ft2 Magnesium Court. Construction of these units will release a ?3.85 million ERDF (European Regional Development Fund) grant that has been awarded to the scheme and Eshton has also received a ?2.4 million loan from Lancashires Growing Places Fund. Some of the remaining units currently planned for the site will be constructed as and when tenants are secured, incorporating any individual specification criteria that individual occupiers may require.

Burnley Bridge Business Park will be divided into four zones (A – D). Once completed, the development will be served by a new bus route linking it to the centre of Burnley, ensuring excellent accessibility for both logistics vehicles and public transport.

The development will be constructed on a brownfield site, formerly occupied by Hepworth Building Products and is already attracting significant interest from larger occupiers for units up to 700,000 ft2. Burnley has been named as the most enterprising area in the UK 2013 in the Governments Enterprising Britain Awards and, as a Grade A development in a location identified for its growth potential, the scheme is of both regional and national importance.

Locally it is also great news for Burnley and is expected to generate 1,400 new and sustainable jobs for the area once the business park is fully occupied.

Managing director of Eshton Group, James Chapman, comments: Burnley Bridge is a new physical and economic landmark for Pennine Lancashire that will attract both businesses from the region and companies that are looking to relocate to a purpose built facility with excellent transport links, a central UK location and a dynamic, growing economy. The phased approach to construction means that occupiers will be able to custom-specify their own build to match individual requirements while remaining confident of high quality, sustainable accommodation in line with Eshtons commitment to excellence, and with certainty of delivery.