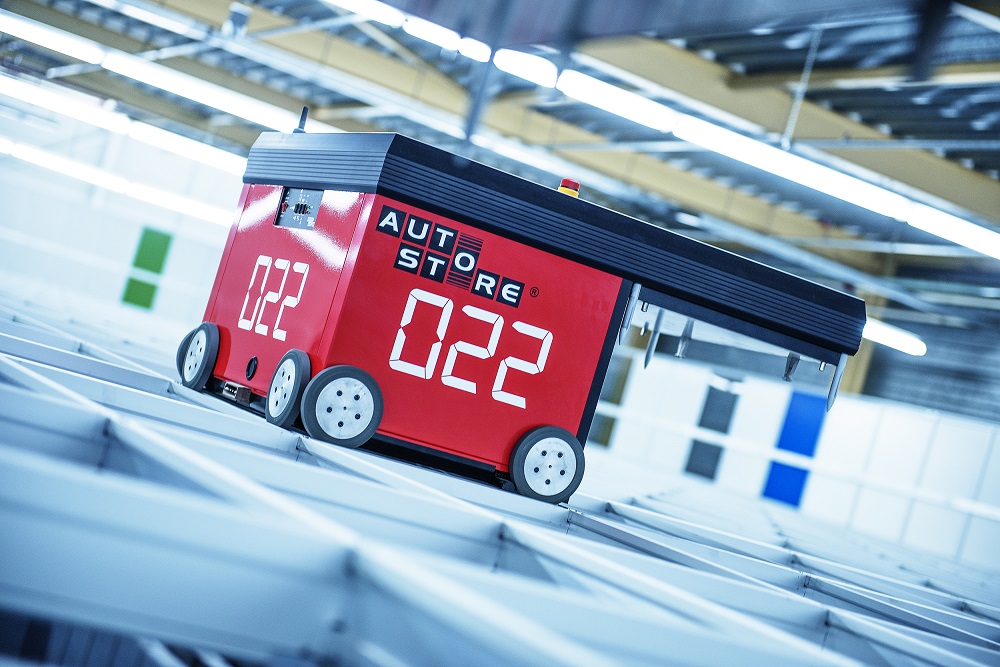 Egemin has implemented its first AutoStore® solution in Belgium at CLD Distribution, a distributor of multimedia and small electronics. AutoStore is an innovative, compact storage and picking system for small items stored in bins. The system is a goods-to-person picking process that consists of several compact storage robots that automatically stack bins on top of one another in a grid and deliver them to workstations for order picking.

CLD Distribution will use the AutoStore system to store its goods more efficiently and use the limited space in its new warehouse as effectively as possible. A conventional warehouse system was not suitable, but with the AutoStore, CLD Distribution can support the strong growth it is currently experiencing with room for future growth as well. CLD will begin using the system at the end of this year.

EXPANSION AT THE CLIENT’S OWN PACE
The Egemin installation is located in CLD Distribution’s newly built warehouse and will consist of the AutoStore warehouse system with three workstations. The operators at these stations will be responsible for the order picking of outgoing products and the replenishment of the installation with new goods. The goods will be handled for packaging and shipping in the dispatch zone nearby. CLD Distribution was soon convinced of the concept after a visit with Egemin to the Dutch e-fulfilment company Active Ants, where Egemin recently delivered a similar installation.

CLD Distribution is a company experiencing strong growth, says Eric Coenen, Sales Manager at Egemin Automation. They have big plans for the future and expect their warehouse system to be ready for it all. The major advantage of the AutoStore system is that modules can easily be added. In addition, no space is wasted as it is in conventional systems, something that is especially important for companies with smaller distribution operations. The system effectively adapts to the growth of the client, and can be expanded at any time based on the need for greater storage capacity.

IMPROVED EFFICIENCY AND QUALITY
Although the automation project is a major investment for CLD Distribution, the distributor had no doubts about the benefits it could yield. The limited space is used to the fullest for storage and, with a relatively small number of employees, CLD can quickly and simply process a large number of deliveries, added Eric Coenen. Speed is not the only important issue, as quality is also increasing substantially. The goods are stored and moved in closed bins, says Coenen. The quality of the working environment has improved for CLD employees as well. Streamlined picking processes and more ergonomic picking makes their jobs easier and more efficient, since they no longer have to haul heavy carts and containers around. With this goods to person picking approach, workers will be able to achieve the same number of deliveries with fewer hours worked.

READY FOR THE BUSIEST TIME OF YEAR
The automated warehouse system will allow CLD Distribution to store more products, resulting in the capacity to take on more work. The distributor is also considering possible expansions of the AutoStore system with extra bins and robots. Completion of the installation is planned for November 2016. It will be a baptism of fire with the busy holiday period right around the corner.