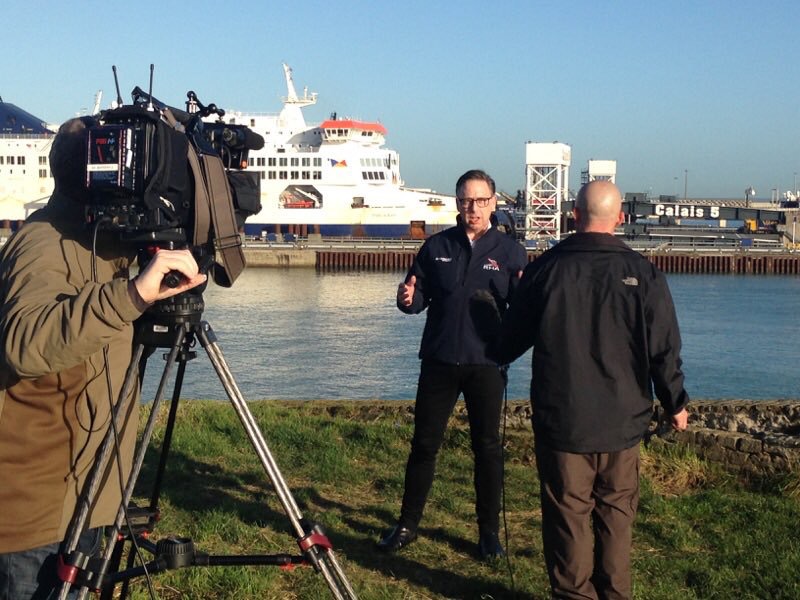 For the thousands of hauliers traveling through the Port of Calais on the last leg of the journey towards the UK, their lives are now being put in an untenable situation as a result of the increase in migrant activity.

Road Haulage Association (@RHA) chief executive Richard Burnett (@RHARichardB), who has just returned from three days at the port and local area, said: When I visited Calais back in the Summer, I saw for myself the poor conditions in which the migrants were living and spoke to many hauliers about the problems they were experiencing. But I am absolutely appalled by what I have witnessed in the past few days. For the HGV drivers who want nothing more than to be able to complete their work efficiently and safely, the situation has become a living nightmare.

I have a spoken to drivers who have been threatened with knives and baseball bats and to others who have been gassed in their cabs or been physically attacked. Drivers have had bars thrown through their windscreens and rocks thrown at their trucks from bridges on the approach roads. The UK Government and French authorities cannot get stand back and wait until a driver is killed before strong, effective, action is taken.

HGV drivers now work in fear as the migrants become much more aggressive – they are totally fearless. The migrant population in the camps has doubled since August and the French authorities estimate that there are now 6,000 migrants in the area at any one time. The desperation of these people has now reached the point whereby they will stop at nothing to cross the Channel by truck with no thought for anyone, certainly not the HGV drivers who are their target.

The RHA is calling for the UK Government to put pressure on the French authorities to increase the security and put the right measures in place to solve the short term risk that drivers are facing and also establish a long term solution to this crisis. Last month the French authorities deployed another 100 police personnel, but this is still not enough to cope with the increasing number of migrants.

Richard Burnett continued: I am particularly concerned about the changes in the migrant camp itself. The ground is being cleared and footings are being laid to create more permanent structures. How can this be allowed to happen? It demonstrates that the migrants are determined to stand firm and remain there until their ultimate objective of reaching the UK is realised.

This problem will take time to be resolved but the problem of security and safety of HGV drivers who are doing no more than trying to do their job must be addressed as a matter of extreme urgency.