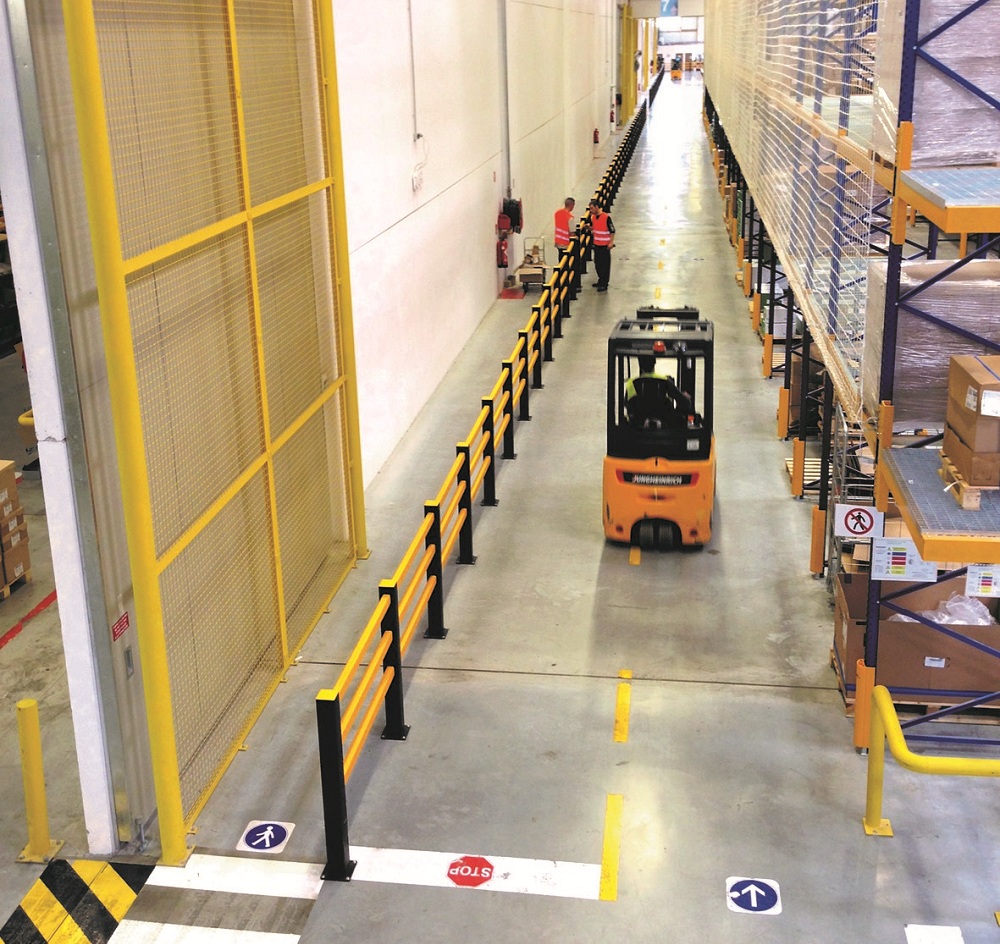 Warehouse managers, facility advisors, factory administrators; theyre so sophisticated these days. Armed to the teeth with the latest efficiency gadget, clued-up on everything Health & Safety, connected and charged and plugged-in to anything that makes the levels of logistics more logical.

But oh, how times have changed.

Back in the ice age of facilities management  some time before the late-nineties, shall we say  your average warehouseman (and yes, lets single out the male of the breed) took more of a caveman approach to procurement and layout. It was a bish-bosh strategy, not helped by other cavemen in the industry swinging similar clubs, which saw a lot of work-caves over-stacked, under-performing and in dire need of a healthy dose of care and attention.

And there was one particular target that these primitive beings liked to aim especially hefty blows towards  Health & Safety. They didnt like this young upstart coming in, telling them how to save lives, save money, protect the important things in a company. Didnt they realise there was a business to run?

And what were some of the most brainless objects in this nineties work-cave? The barriers. The items that go right to the very heart of Health & Safety best practice. Yes, the products that should have been streamlining and protecting and organising a facility were, in fact, the dumbest things in there.

Lets say our resident caveman is aware of his mechanical animals (forklifts, say) impacting walls in an area where pedestrians are moving. He knows something isnt right. He knows bad things might happen. He can hear those infuriating new words Health & Safety being bandied about and  oh dear  the insurance company are making a visit. Barrier! he shouts. And here comes his buddy from the work-cave down the road with a new bish-boshed steel barrier. A few blows of the club later and the barrier is in place. Problem solved.

Except it isnt. Its worse.

In the cavemans mind the barrier might seem like a fully functioning piece of strategic safety planning  but its nothing more than an accident waiting to happen.

We know already that accidents are occurring in this particular area of the work-cave. Before any barrier is installed, these hazardous zones need to be examined. Can the facility be rearranged better, with improved guidance and traffic routes and with proper segregation of vehicles and pedestrians? Barriers are not just protective guards, they are guide ways to direct traffic and personnel safely around a facility.

But there is more. How can any caveman know if the barrier he has just installed is fit-for-purpose? How can he know if the potential forces of the mechanical animals operating within the work-cave are able to be absorbed by the barrier?

Sadly, its unlikely that the cavemans barrier will be up to the job. Steel barriers are rigid, which means when they are impacted by forklifts the majority of force (90%) is transferred to the fixtures. Almost inevitably this will rip up the barrier from the floor, leaving a costly repair bill and a back-to-square-one need for a replacement barrier. Problem solved? Hardly.

The companys scientific approach to safety puts segregation of vehicles and pedestrians first and will examine the whole layout of a facility and the potential forces of vehicles operating within it before fit-for-purpose barriers are strategically implemented to guide, organise and protect.

Its a traffic management process, combined with smart, safe, innovative products that has been welcomed by sophisticated facility managers at Nestle, Heathrow Airport, DHL, Unilever and BMW, who all use A-SAFE barriers today.

Evolution is a slow process, but thanks to modern Health & Safety best practice and the brilliance of barriers that flex, absorb and reform, the warehouse caveman  and his dumb, unfit barriers  are officially endangered species.