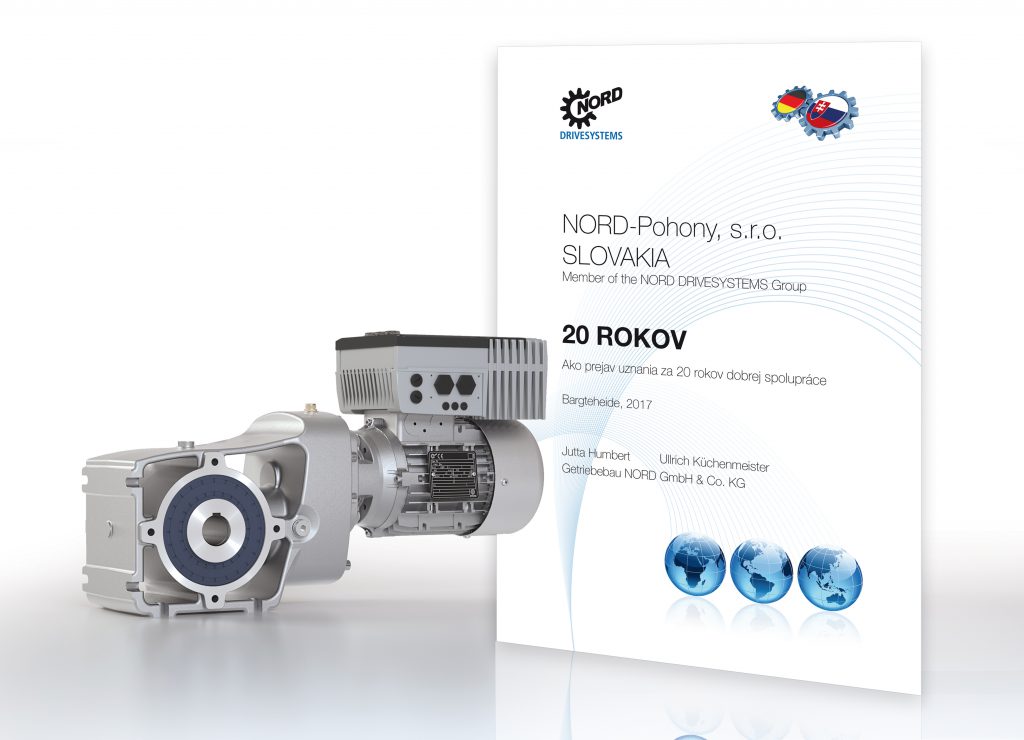 NORD DRIVESYSTEMS Slovakia ubsidiary NORD-Pohony, s.r.o. has just celebrated its 20th anniversary. In 1997 the company was launched in Bratislava with two employees as a subsidiary of Getriebebau NORD GmbH. It has evolved into a company with eight employees, three branch offices throughout Slovakia and a total turnover of 4.3 million EUR in 2015.

In 2001 a second office was founded in Ružomberok, and that year marked a record turnover. A year later the third sales office for the East of Slovakia was opened in Košice.

A celebration for the anniversary took place in the Elizabeth hotel in Trenčín on October 20th 2017. Among the invitees were customers, the directors of NORD subsidiaries in Austria, Czech Republic and Hungary as well as NORD DRIVESYSTEMS CEO Ullrich Küchenmeister.

NORD-Pohony’s director Jozef Královič is optimistic that NORD-Pohony will be even more successful in the next 20 years “due to faith in his employees and their experience as well as the level of the expert support provided to the customers”.