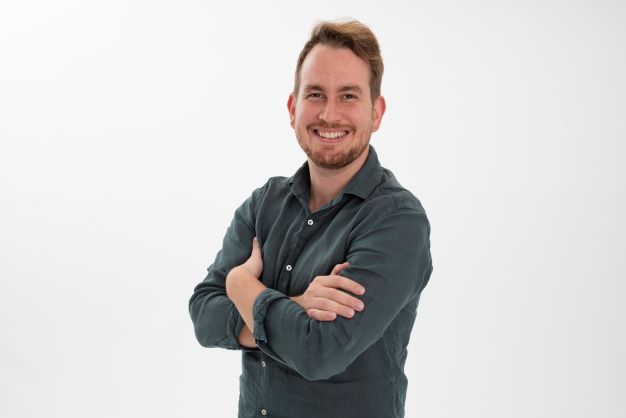 Other than the essential healthcare workers and law enforcement, hardly any other professionals would have to sleep in their office after working 8 to 9 hours and then repeat the same schedule the following day, writes Gabor Balogh (pictured), Co-Founder of transportation company Trucksters.

However, there is one profession that has been operating under such conditions for decades, travelling from sunrise to sunset and sleeping in the cab of their lorry for weeks at a time – the professional hauliers. For years they have been working unnoticed, out of the spotlight, until recently.

The conversation regarding the lack of freight drivers arises as the UK suffers from fuel shortages at service stations and stock shortages in many department stores. With the estimated driver shortage at 100,000, it is a situation that cannot be ignored. It is not dissimilar to what is happening to the UK’s continental neighbours. However, in this case there is a new layer of complexity of those drivers having to cross borders.

Twenty-six centuries ago, the First Persian Empire faced the dilemma of how to communicate effectively between regions that were more than 7,000km apart. The solution was found in the relay system. Relays were passed in succession by horsemen and horses, and thanks to this system the messages travelled from India to what is now Macedonia without ever stopping. Day or night.

Relay system is a fast and efficient form of transportation, and it is an application been utilised for many years. But by applying Artificial Intelligence and Big Data to the system, we are able to transform relay system into a powerful tool that would revolutionise the road transport industry and bring a new era to the sector.

Trucksters’ AI algorithm is already capable of reducing goods transit times by 50% and increasing efficiency by 20% compared to other express solutions. It can also reduce theft by 95%. This is not a theory; it is a practice that’s been deployed by us. This system prioritises the drivers and places them in the centre of the operation. Instead of replacing the drivers, technology comes to their aid. The AI integrated relay system allows the drivers to rest at home every day after driving 4.5 hours in one direction, swap cargo with another professional driving in the opposite direction at a relay point and then go home.

In the UK’s case, it would allow fewer drivers to cross borders; instead of just one international haulier making the whole journey, the relay system divides the entire route into shorter trips driven by different regional drivers.

It is unclear of how the Persians would feel about AI and Big Data, but they would certainly appreciate of its usage, if a shortage of riders were to jeopardise the integrity of the empire. The relay system is a solution with dual benefits. The drivers will be able to sleep at home and spend more time with their families, while the companies will be able to have a more cost-efficient delivery system in place, as the cargos will always be on the move.

With supply chains under tremendous stress, the lack of drivers requires solutions that would help the profession to be more appealing and sustainable, especially when it comes to providing the drivers with a healthier work-life balance. Until the next revolution happens, and we reach an intermediate stage where human drivers and semi-autonomous trucks interact, the relay system is the effective solution for long-distance freight transport. And it is a solution that is under practice.