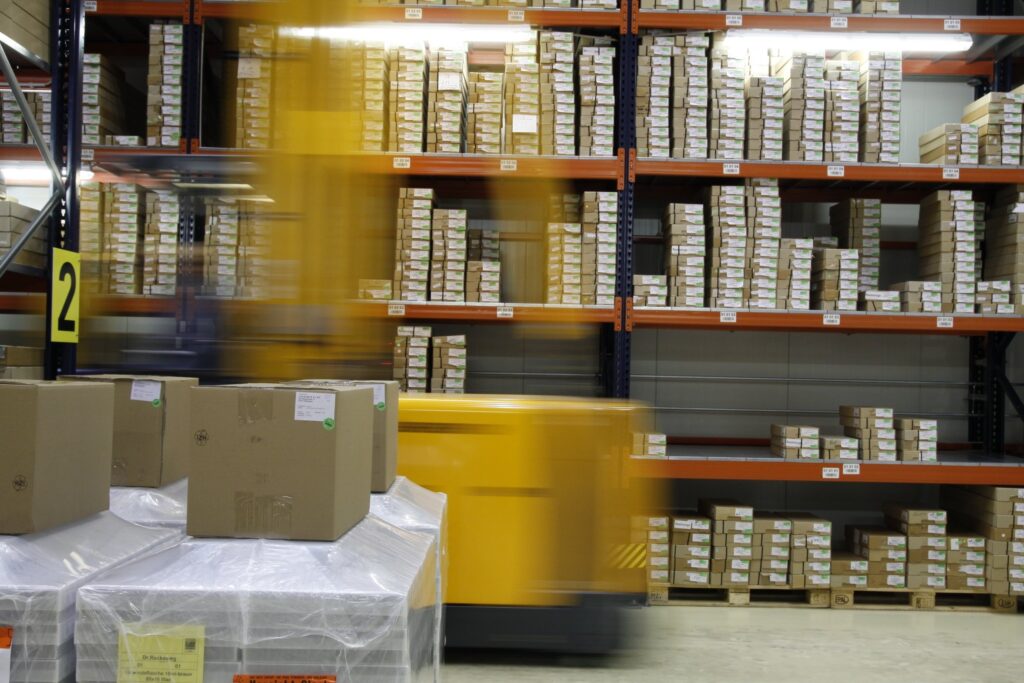 Distribution and fulfilment operations are under increasing pressure to perform – but labour availability is tighter than ever. How can businesses boost capacity and still deliver a fairer outcome for staff? Dave Morris, Director at UK labour management software company, Vitesse, explains.

“For a nation that for decades has worried about unacceptable rates of unemployment, the idea that large areas of industry and commerce are experiencing serious labour shortages is something of a surprise. But it is all too true, and nowhere more so than across the logistics and distribution sector. There are shortages across the nation and across the board, from drivers to Customs clerks, and especially in warehouse operations.

“Data from the Office for National Statistics showed that in July vacancies in the logistics sector were 338% higher than the pre-Covid norm.

“The pandemic hasn’t helped. Upwards of 14,000 EU goods drivers have returned home [from the UK], but this is tiny in comparison with the number of EU nationals leaving warehouse operations (for which accurate numbers are difficult to determine). Many staff have suffered from Covid or its long-term effects, are self-isolating, or have been caught in the dreaded ‘pingdemic’.

“However, the staffing challenge in the logistics sector has much deeper roots than Covid, and has been building for a long time. Pre-pandemic the nation was already estimated to be short of experienced operations staff, while many EU nationals were finding their home economies more attractive. In Poland, for example, the unemployment rate was as close to zero as you can get in an advanced economy, with earnings approaching those of Western Europe.

“Demographically, the number of young people coming in to the workforce has been falling for some time. The rise of home delivery, and the gig economy, have had an effect – why would you spend your nights picking items, or packing boxes on a distribution centre’s graveyard shift, when the overall skills shortage in the UK means there are much more appealing options? “

The demands of ecommerce

“Against this, the demand for warehouse staff has been increasing exponentially. The whole e-commerce boom, which has been accelerated by Covid but was already well in train, has turbocharged both the amount of warehousing space needed and more critically the amount of activity within warehouses – as moving goods in and out by the pallet-load has been replaced by picking, packing and returning individual items.

“Adding to the challenges of finding available warehouse staff, demand for goods in many sectors has become increasingly ‘spiky’. Peaks are no longer simply associated with the predictable Christmas or Easter periods, but are now far more frequent and exaggerated, triggered by unexpected events, such as a random remark on Twitter. Social media and e-commerce make it much harder for brands to manage demand, creating a headache for those planning warehouse and fulfilment operations.

“Automation may be part of the answer, but it brings its own problems – how to recognise the elements of automation that will really be transformative, and how safely to integrate automation with a sometimes-inexperienced manual workforce? Also, some automated solutions can be difficult to scale rapidly, often leading to either over-specification to cope with volumes that may never materialize, or developing complex hybrid solutions on-the-hoof, which can be difficult to manage.

“There are real impediments to employment: warehouses and distribution centres are often situated out near the motorway, served poorly, if at all, by public transport and especially not at night – which is when many warehouses are at their most active. Although labour shortages are pushing hourly rates well above the minimum wage, it’s often not enough for a young person to run and insure a set of wheels, and there may be other social and domestic reasons why potential employees cannot take up these opportunities.

“A further challenge is the widely held perception that warehouse jobs are dull, repetitive, physically demanding, poorly paid, and with limited prospects – none of these need be true, but they are commonly held concerns. In a recent survey by a supplier of order-picking robots, only 8% of current warehouse staff envisaged seeing the job through to retirement; the reasons most cited being the physical nature of the job, always being short-staffed, and the relentless pressure to work faster.

“Many businesses do not operate to profit margins that will sustain paying an extra £1-2 per hour to make their warehouse roles more appealing. Also, if they are located in a cluster with other businesses, that can afford the premium, then this makes an already difficult situation even harder, as the best staff will migrate to the businesses paying the best rates. To compete in this environment, increased remuneration needs to be targeted at the best performing staff, and to be funded from savings made through improved productivity. Unfortunately, very few businesses have the information required to implement a performance-related-pay scheme that is fair, based on work content rather than output, achievable, auditable, self-funding and maths-based. “

“A more encouraging finding, though, is that 32% of those not in the industry said they would consider it if these issues were resolved. To address these issues, and the wider problem of recruitment and retention, warehouse operators should consider investing in sophisticated labour management systems (LMS), such as Vitesse.

“By properly managing and allocating labour resources against well-understood tasks and workflows, the business can reduce non-productive physical activities, ensure that staffing levels are appropriate to the tasks and throughputs required, and replace the constant demand to work faster by agreed and achievable targets and fair performance-related pay – all of which will improve staff retention and, when word gets out, recruitment. In addition, enhanced productivity will improve warehouse throughput capability, reducing the need to find extra labour, especially at peak times.

“Vitesse is a cloud-based LMS specifically created for demanding logistics operations by people who actually know their sheds, trucks and boxes. Critically, the premise of the system’s design is a recognition that the simplistic time and motion approach that may have worked in traditional warehousing is hopelessly inadequate for today’s busy fulfilment centres. These operations are more like factories than stores, requiring an intelligent understanding of the steps and costs associated with complex manual tasks.

“Simply put, managers can no longer just divide throughput by hours and hope that all tasks have roughly the same labour content. A ‘pick’ in a distribution centre may have 30 or more time-study elements. Some of these may be unnecessary, or perhaps could be reordered or relocated to be more efficient. Vitesse can be used to refine these tasks and take waste out of the process.

“Vitesse captures travel flows and operating procedures and uses industrial engineering techniques and enhanced statistical applications to create a mathematical model of the warehouse. The data that Vitesse acquires can be fed into Value Stream Mapping and this can be used to identify which elements of a task or process are adding value or, alternatively, unnecessary cost. In turn this can drive process and workflow efficiencies.

“As the demands on the modern warehouse are changing almost hour by hour, it’s increasingly important to understand how best to deploy human resources to maximise productivity and minimise cost. Vitesse is a vital tool that generates actionable insights, and cost savings, in real time.

“On average Vitesse customers have reduced labour costs by 10%.

“Perhaps of even greater significance, this system provides the basis for performance evaluation and remuneration that is fair. What’s more, it can be seen and accepted to be fair, and can be applied to whole teams without generating controversy. This approach makes for happier employees who can see that extra effort is being properly rewarded, who are more committed to the job and less likely to go elsewhere. Reliable labour data can also reveal areas where further training or support may be desirable, and can be used to engage the labour force in process improvement – especially, as they can see and understand how this will translate into earnings.

“More informed labour management means that jobs can be scheduled with the certainty that adequate time and labour is being allowed, greatly reducing the damage and errors that arise from rushed work, and helping to reduce the risk of missing despatch deadlines. “

“More strategically, the analysis that Vitesse provides can reveal the most appropriate and cost-effective areas in which to introduce automation, and contribute to better investment decisions. A move to ‘goods to person’ automation, for example, can be a significant investment and so it is important to have a robust understanding of where this will save time and labour – and where it won’t.

“Vitesse is designed to integrate easily with most commonly used Time & Attendance, WMS and ERP systems, with set-up, test and ‘soft launch’ typically achieved in a matter of 6-8 weeks. Staff can gain usable knowledge of the system in a day, and be fully competent in a week or less. That means that a business committing to Vitesse mid-Q3 could be reaping the benefits well before the Christmas peak.

“Labour shortages in this sector are not a temporary phenomenon. Making the most of increasingly scarce and valuable human resources has already become a critical issue for most businesses in the logistics sector. Those that manage their labour force fairly and intelligently will be better positioned to attract and retain staff – helping the business win or maintain competitive advantage. “