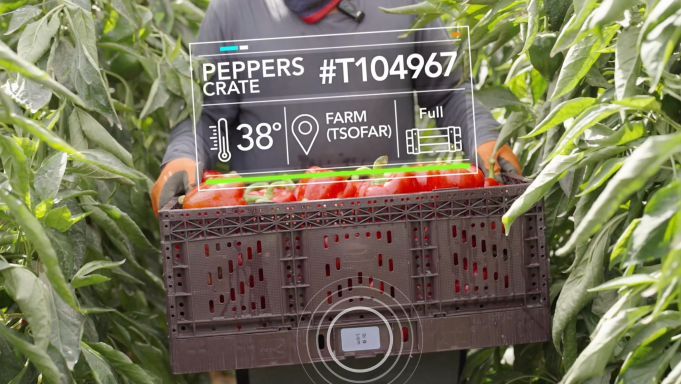 Wiliot, the Internet of Things pioneer whose IoT platform is on the path to enabling trillions of “things” to gain intelligence, has announced its largest-ever single order for the company’s breakthrough IoT Pixel tags. The order represents an important milestone for Wiliot and the Ambient IoT ecosystem – which it says is poised to revolutionise supply chain efficiency, sustainability, and productivity. The 25 million IoT Pixels will be manufactured by Identiv, one of the world’s largest producers of specialty RFID tags, inlays, and labels, and is the first part of an even larger order to be delivered to a major new customer.

“This agreement with Identiv represents an inflection point for Wiliot and the Ambient IoT,” stated Wiliot CEO Tal Tamir. “It demonstrates the enormous manufacturing scale that the industry offers to us, while also bringing a leading producer of smart and specialised tags into the Ambient IoT ecosystem – a market that is growing to include many of the world’s largest IoT and telecommunications companies. Global demand for our IoT Pixels is surging and the collaboration with Identiv, alongside other leading manufacturers, will ensure we’re well-positioned to deliver.”

The Ambient IoT leverages new breakthroughs in ambient computing technology – or computing that’s self-powered by harvesting its energy from the radio waves that are all around us – to connect almost everything to the internet; not just expensive things like cars, appliances, and shipping containers, but the things inside them: fruits, veggies, vaccine vials, clothes, crates, and just about everything else.

With nearly everything in the global supply chain connected to the internet and transmitting item-level information – about their location, temperature, fill-rate, carbon footprint, and more – businesses are equipped with the data they need to create more efficient, sustainable, and productive supply chains.

Wiliot says it is leading this Ambient IoT transformation through a fundamental breakthrough in ambient computing technology delivered by its IoT Pixels, which are stamp-sized computer tags that cost pennies, attach to any product or packaging, and power themselves by harvesting the energy from radio waves transmitted by other IoT devices.

The benefits of the platform technology are vast. Produce stays fresher longer, reducing the amount wasted due to rot and spoil; delivery routes are more efficient, requiring less fuel and emitting lower greenhouse gas; and stock-checks transition from daily to real-time, resulting in supply chains both with lower carbon footprints and that can respond in real-time to online orders. Ultimately, the Ambient IoT will extend into the home and offer item-level insights into expiry dates and when consumers need goods.

“The Ambient IoT in many respects represents the future of our industry, as it promises enormous potential in making all businesses more intelligent and connected,” stated Steven Humphreys, Identiv’s CEO. “We’re proud to be working with Wiliot to build this Ambient IoT – leveraging our existing RFID manufacturing processes to demonstrate that sophisticated devices can be made in very large quantities for just pennies,” added Humphreys.

The Ambient IoT builds on the foundational work done by the RFID industry and takes it to the next level – with tags that continuously communicate in real-time and don’t require employees or consumers to tap or scan in order for them to communicate. Ambient IoT devices can sense and protect data with encryption and privacy controls and – unlike previous generation IoT devices – they can be embedded into other products because there are no batteries that need to be changed.

Wiliot is tapping the production capacity of smart tag manufacturers, like Identiv, to retool systems previously used to produce RFID tags, to now make its IoT Pixels, which have all the essential components of a programmable computer. In fact, the future market for Ambient IoT and Wiliot’s IoT Pixels is so large that manufacturers are also investing in new production systems to capitalise on this paradigm shift.

Wiliot will be announcing further purchases shortly to meet the needs of customers that will scale significantly beyond this initial purchase.